Why Mobile App Performance is Critical for Successful Mobile Testing

‘Metrics’. This term has become one of the widely used terms today in enterprise mobility especially for measuring mobile app performance.

Let us first understand why are the metrics are so important to analyze the performance of an app.

Generally, app developers consider mobile app performance testing as an afterthought. Mobility teams have to meet stringent deadlines and for them, testing the performance of an app has the least priority. To them, passing the functional tests meet all critical criteria for launching an app. Well, let us find out why is performance such an important criterion for mobile app testing.

Reasons why measuring Mobile App performance is such an important criterion:

1. Speed wins: As per the Compuware report, users expect their apps to load in about two seconds. This can even be proven right by the SEO reports from Google, which considers the site speed as an important parameter for Page ranking.

It is important for mobility teams to understand that your users want their apps to respond in about two seconds or less. Anything beyond two seconds, and you might lose your business.

Once the app starts taking anywhere close to five or 10 seconds, users start shifting to your competitors.

2. Mobile App Error Rates are probably much higher than it seems: You must have struggled with issues like images not loading, network errors, content feeds leaving blank holes in the app, timeouts, crashes, freezing, upload failure etc. Most of these issues are not errors of apps but caused by unreliable networks.
The error rates are highly variable and depend on network conditions. In the United States, we’ll typically see 3% error rates, whereas in India, China, and on challenging networks in Europe and Asia, we see error rates up to a frustrating 12%. Not measuring and then getting a handle on mobile app errors will quickly result in frustrated customers, uninstalls and 1-star reviews in the app stores. And no one wants that.

3. 5 star app rating: Reviews and ratings have become important aspects of judgment for any user before downloading your app. And the app should be perfect in all the ways to ensure a 5 star rating.

If you focus on functional tests and miss out on the mobile app performance not knowing, if too much battery is drained on a particular device, or is consuming too much data, then your Playstore might be full of negative reviews even before you market it well.

In this post, you’ll know how app monitoring performance works so that you can get the best out of your Smartphone software.

What is application performance management? 10 APM features that we can tick right off our fingers are:

APM is integrated through the lifecycle of an application including the pre-deployment and post-deployment stages. It is therefore important for developers, testers, and business teams. A slow load can be prevalent due to a host of issues related to APIs, servers, or browsers. APM techniques are what help pinpoint the actual problem.

Basic availability monitoring involves testing IP protocols and network services, but a user needs to establish some optimal performance thresholds and real-time alerts to monitor and manage both speed and reliability.

Performance monitoring must take into account certain things in order to optimize user experience. These include measuring from the user’s point of view, i.e. performance, stability, and resource utilization in real time the way the user perceives them.

The context is crucial too. It’s important to determine how many users were affected by a slowdown, and what action on a specific operating device prompted the disruption. To truly experience a ‘mobile moment,’ you should follow these tips for monitoring your app performance:

a) Measure Frame rendering time
Only measuring network time doesn’t cut it out for users, who are interested in when the network resumes as well as when it responds.

Measuring response time by the device or operating system allows the product manager to focus on one platform at a time, respond to performance issues, and deploy resources accordingly.

b) Measure battery usage
It’s crucial to measure the battery consumption of your mobile app, along with data plan impact and memory usage. If the app is responsible for draining your battery, you should bring it in line with best practices.

Frequent updates can also be minimized so that user satisfaction can be increased.

c) Measure cell data consumption
Recent studies by Dimensional Research have shown that 20% of respondents stopped using apps that were heavy on data usage. This indicates that you should measure the consumption by app version, the total number of users, KBs of data consumed per minute, the amount of data being transferred per hit, and the percentage of data being consumed per hit.

pCloudy helps you with performance profiling of your mobile apps. You can view the CPU usage, Memory usage, Data usage and Battery consumption while performing a series of actions on the app. The Real time mobile app performance monitoring feature helps you to keep track of the app’s performance while conducting manual tests. You can even check the performance consistency of the app by running automation test suites in parallel on multiple devices and by also simulating different network environments.

Memory Consumption
The CPU consumption of an App is plotted as Memory consumption in ‘Mb’ against Time Duration in seconds.

You can listen to this webinar on Performance testing to find out how a cloud based solution can help your app perform well in all situations.

Shivani Sinha
She is a Product Marketer with over 9 years of diversified experience across content, branding, and product marketing. Her experience ranges from global brands to nimble startups. She is a custodian of Brand & Content, telling stories about the brand that delights customers and provides compelling business value. 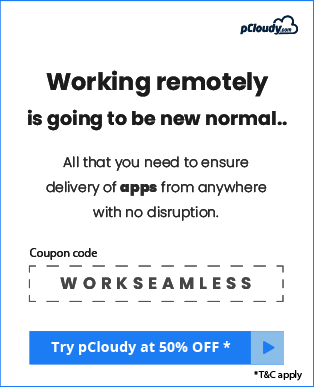