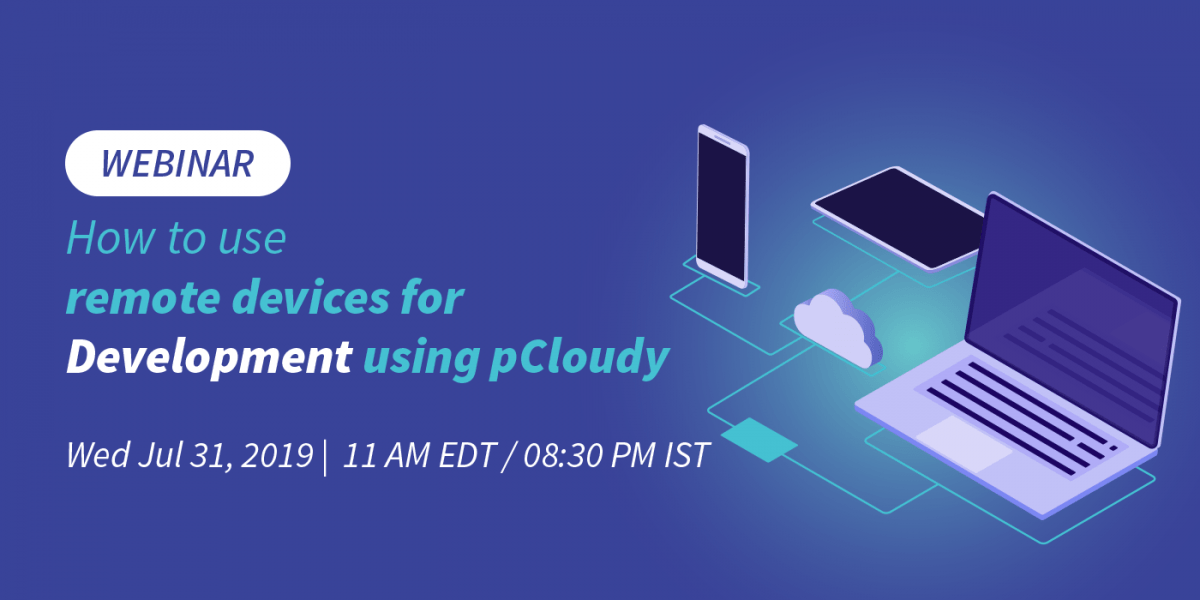 How to use remote devices for Development using pCloudy

If we look at prior indications then it is certain that there are growing expectations from Testers and Developers alike, to take quality head on. More so in the Mobile App Testing projects where changes are required faster than ever.

As part of DevOps practices, it has become imperative for developers to run as many tests as possible with every code check-in. These tests could be automated functional, API or Unit Tests.

But, there are some typical Challenges faced by developers while working on remote devices:

In this webinar we will find the solution to all these challenges faced by developers on remote devices.

In this webinar, we will talk about