Automation testing forms the core of any CI/CD pipeline and enterprises are keen to practice test automation to enhance the efficiency of the development process. Test automation saves resources and reduces the cost of any project in the long run. But there are some important points to keep in mind while testing to avoid automation failure. Let’s have a look at these salient points.

Once you are done automating the test cases, the challenge will be the complex test suites taking a long time to get executed. It affects the quality of the test queue in the test automation framework or IDE. This leads to queue timeout issues and test cases being halted abruptly due to the sequential execution of the test cases.

Parallel execution in different test environments is preferred over sequential execution as it saves a lot of time. Although in automated testing, unintended code interactions could happen. This is why you need a thorough reporting mechanism to debug the causes of test failure. 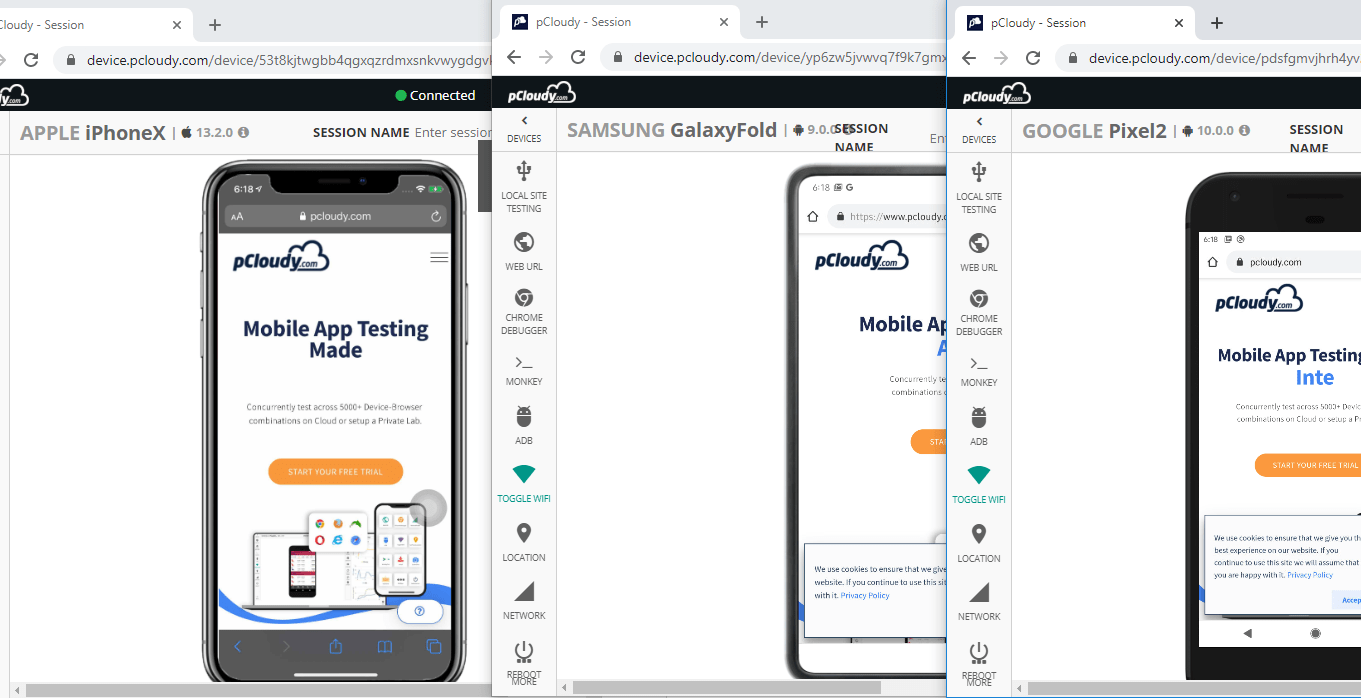 Choosing the right tool for test automation is critical to the success of automation testing. There has to be a set of clear requirements/parameters on the basis of which the tools have to be selected. Some important points that are to be kept in mind while selecting the tool are:

One tool might not be enough to meet any organization’s automation needs. Also, test automation engineers have to be a part of the tool evaluation process so that they can help in selecting the right set of tools. For example, you can use Appium for test automation but you need pCloudy to perform automation testing on multiple real devices in parallel.

Test automation metrics will help you gauge the quality of the tests performed based on some essential parameters like test duration, unit test coverage, path coverage, number of defects found, percentage of broken builds, etc. The test metrics will give you a clear picture of how well the code is tested. In an agile process, there are frequent iterations to the builds and it becomes important to track the quality of each build. With test automation metrics you can figure out what is the percentage of your tests that passed and what was the reason behind the failed tests.

Test automation is effective when the tests are executed on multiple devices in parallel. Device coverage is the most prevalent challenge as we have witnessed growing device fragmentation across the world. To ensure the smooth functioning of mobile apps on all the devices, you need to perform automation testing on hundreds of device-OS combinations.

Test automation should be designed to make the app compatible with most of the popular devices. The frequent release of new versions of OS from both Android and iOS is a major factor that drives device fragmentation. The only way to overcome this challenge is by testing the app on a cloud-based testing platform. In pCloudy, you will get the benefit of testing the app on more than 5000 device browser combinations in parallel ensuring optimum device coverage.

Test automation has many benefits like better test coverage, faster feedback, and accelerated results which reduces the time to market of any application. Using the practices mentioned above you can ensure coherent test automation and increased productivity. Apart from these points, there are many other things you can do like writing original code and not copying it as the code taken from other sources might not work in your test environment. But you will always find new roadblocks which you will have to deal with spontaneously.

We are moving toward a future where everything is going to be autonomous, fast and highly efficient. To match the pace of this fast-moving ecosystem, application delivery times will have to be accelerated, but not at the cost of quality. Achieving quality at speed is imperative and therefore quality assurance gets a lot of attention. […]

Flutter has been creating waves in the app development space since its launch. The reason is simple, it solves the problem of creating two different codebases for a single app to run on Android and iOS devices. Some experts say that Flutter which was launched by Google is to counter React Native which is used […]

Espresso is a testing framework for Android which automatically synchronizes your test actions with the UI of your app. It also lets the test wait until all the background activities have finished.   The pCloudy utility uploads your Application APK, test APK and other APK files to pCloudy. It will then acquire a device to […]

Importance of Test Automation QA & testing become indomitable especially in the context of API testing. The development teams benefit from automated integration tests at API levels as it helps them in easy integration of apps and higher product adoption rate, ultimately helping the firm increase their profits. API layer is frequently ignored while developing […]