You can fix the issues in your Android phone by connecting it with your computer and writing some easy commands. For this, you will need some command line tools which you can download from the Android developer’s site. If you are using Windows then you will need to visit the manufacturer’s page for your device and download the ADB and fastboot drivers for Windows. But first, let’s understand what are Android shell commands.

ADB is Android Debug Bridge which is a command line utility included with Google’s Android SDK. It provides a terminal interface to control your Android device connected to a computer using a USB. ADB can be used to run shell commands, transfer files, install/uninstall apps, reboot and more. You can also backup and restore your android devices using these commands.

Select your desired device from the list and connect.

While trying to execute ADB Shell command, you just need to follow few simple steps as given below:

2. Confirm connection of your selected device

3. The connected device is ready testing

4. Enter ADB shell command to the given text box 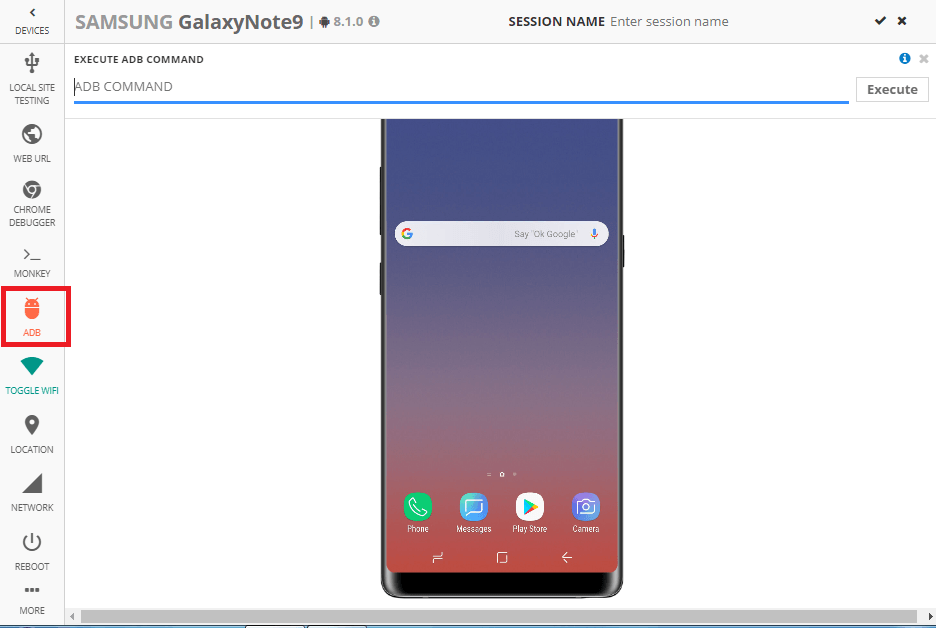 Fastboot is a diagnostic and engineering protocol that you can boot your Android device into. ADB does not work in the bootloader. If you have to boot into Android and the debugging tools are not active to communicate then you can use the fastboot command. Type fastboot devices in the prompt and you get the serial number.

Anshuman Chatterjee is a technical consultant at pCloudy who enjoys traveling and singing. When he is not working, you would find him reading Sidney Sheldon and Agatha Christie.

Do you know why Google has selected Gradle as the build system for Android Studio? Many Android developers work in a heterogeneous environment with different technology stacks. Gradle solves some of the hardest problems faced by the developers like how…