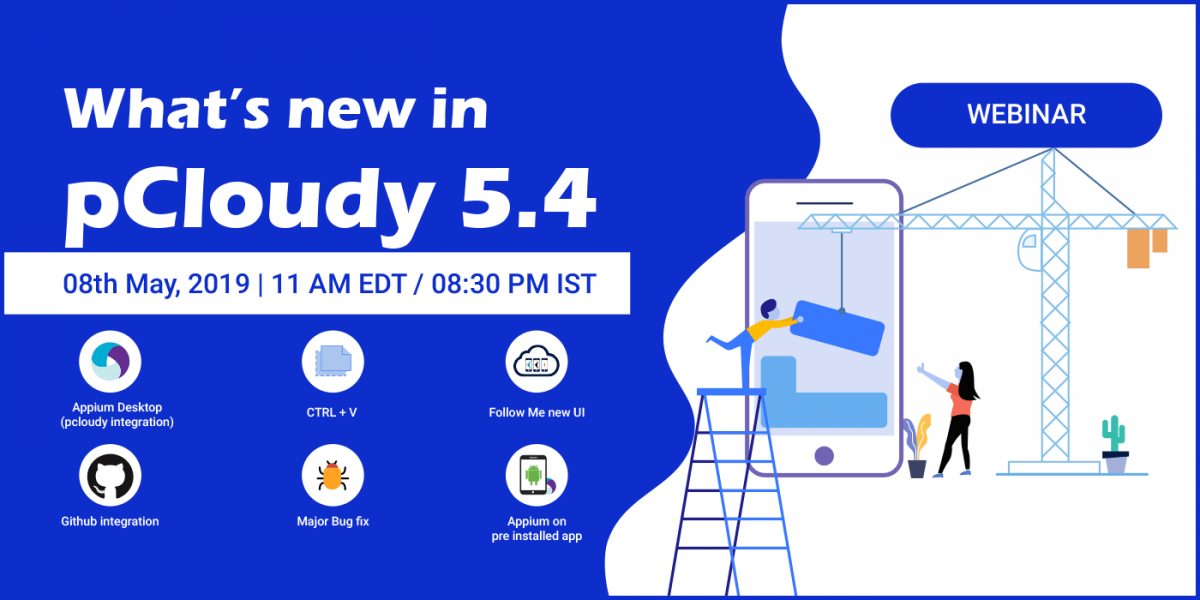 In our efforts to make your app testing simpler and faster, we bring to you the fresh set of release updates that have been addressed and deployed in pCloudy 5.4. In this webinar, we will learn how Appium can now run on apps that are already installed in the phone. We will also get familiar with the new UI of FollowMe feature where the device screen will be of the same size, which will make it easier to perform tests on multiple devices in parallel.

We will also talk about pCloudy GitHub integration with which users can now raise defects directly into GitHub from pCloudy. Another new feature is CTRL + V, which means that you can copy and paste the text into the device by pressing just two keys instead of writing code. We will also explain the benefits of pCloudy integration with Appium Desktop and a major bug fix which makes it easier to log a bug in Jira.

In this webinar, we will talk about