Our commitment to delivering the best mobile app testing solution motivates us to come up with product updates at regular intervals. We feel elated to announce the release of pCloudy 5.7 with exciting new features to make app testing simple and faster. Our customers trust us because we believe in exceeding their expectations and enhance the platform’s capabilities. For those who are new to pCloudy, it is a cloud-based continuous testing platform designed to enrich mobile apps. In this new version of pCloudy, we have addressed the concerns of our users and added new features like QR code scanner, app language change, and more. Let’s know more about all these features.

This has been one of the most demanded features for pCloudy that enable users to scan a QR code or a barcode on any Android device present on the pCloudy platform. To use the feature, you need to register on the pCloudy platform. You also need an application under test which supports QR code scanning and a QR code file(test QR codes). To test the QR code scanner function, upload the QR file image in MyApp/Data, connect any Android device, install the QR Code file in the device. 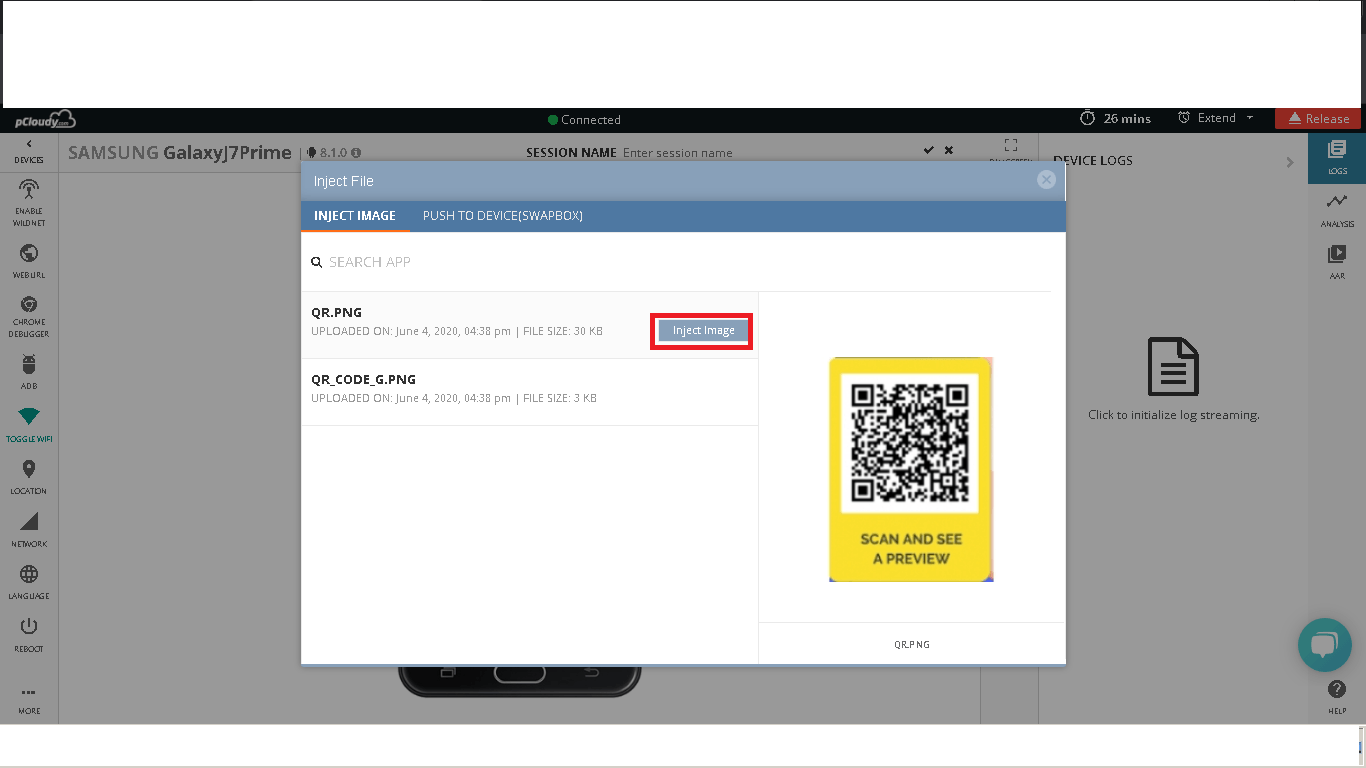 Then select the app and install it on the connected device. Select the test QR code file that has to be scanned and the app will scan the injected QR code. This feature is supported on Android 5.0 devices and later versions. Supported QR Code file formats are .png,.jpeg and jpg.

In today’s global, and multicultural economy many users want to use their apps in their native languages. A new feature, released in pCloudy called “App Language Change”, enables users to change the language in the installed application while testing the app.

This feature will work on both Android and iOS platforms. For Android devices, the device language will be changed and once the app is installed (if that app supports language change) then the installed app will appear in the language that is selected for the device. For iOS devices, the language of the pre-installed app will be changed in only those apps that support language change. In iOS you need to select a region as some apps behave differently based upon different regions.

WebURL/Cross-browser testing: We have added a new browser (MS edge) on the list. Now you can ensure that your web app delivers a great digital experience on the MS Edge browser.
Appium 1.17: The latest version of Appium is now supported by pCloudy.
More action on Android and iOS devices: Now users will be able to use double tap and mouse scroll on Android/iOS devices.

The new features added to the platform will help our users to perform live testing efficiently without any hassle. Features like the latest Appium support and better user interaction on the iOS devices will empower our users to speed up automation. We are working on some new features requested by our users, which will be included in the next release. So stay connected for more updates.