With the innovative technologies introduced every year, the users and developers of mobile app ought to get the updated and enhanced versions of mobile apps which can be achieved through steady Mobile App test automation and deployment. Few trends that can be seen in 2019 are as follows:

1. Machine learning and AI in testing:
Machine learning and Artificial Intelligence in Testing has already been the talk of the town in 2018. It is going to bring revolution in the mobile testing world by bringing changes in the processes and workflows of the testing cycle. It is going to be used for test suite optimization to identify the inessential and unique tests. It is also going to be a great contributor in the predictive analysis of the test cases. Machine learning would also be responsible to perform log analytics meaning to identify the test cases that need to be executed automatically.

AI has already made its stand in mobile apps space by manifesting itself in the form of bots and virtual assistants. Artificial Intelligence in testing platform would certainly recognize any changes faster than a human along with the constant updates in the algorithms. Most importantly, it is going to be used to identify risks areas of the mobile application in order to prioritize regression testing. The growing demand for quality at speed is forcing enterprise mobility to test faster than ever. Automation testing alone is just not enough. AI powered bot tests to run deep exploratory tests or crash tests in lesser time with enhanced quality reports can solve the purpose.

pCloudy has launched Certifaya which is the AI-powered app testing bot which automatically tests the mobile apps over multiple devices giving the real-time insights about the app behavior and performance to its users. It also allows screenshots, session videos as well as provides detailed logs and quick fix rectification recommendations. It has analytics-driven testing engine uses machine learning algorithms to navigate through the app and detect issues. It also allows to generate reports on the critical issues like crashes, leaks , slow response time etc.

2. Popularity of IOT:
Just as AI in testing is gaining popularity, IOT is also gaining momentum alongside with more and more devices getting connected to the internet. With the introduction of IOT, IOT testing will make more sense. IOT testing would be applied on the IOT based devices to test the usability, compatibility of the IOT system; for the simulation of the sensors, for data validation integrity; for user authentication and data privacy, and finally test the performance of the connect IOT devices.

3. Impact of 5G: 5G will be the 5th generation of the mobile network. Move from 4G to 5G is a great shift in the network ecosystem. It will be responsible for greatest bandwidth for uploads and downloads.

eMBB (Enhanced mobile broadband) The introduction of 5G networks in the mobile devices is going to present the advantages of high speed, security, and reliability than ever. According to statista, there is going to be around 20 to 100 million 5G connections by 2021.Test automation, built in systems and monitoring would be required to test the 5G powered mobile apps by analyzing the performance of the network. Along with 5G, 3GPP identifies three main aspects of 5G technology that co-exist in the same network infrastructure, namely:

Massive Machine Type Communication: It is a narrowband access type to sense, meter and monitor the use cases.
Undoubtedly 5G is a paradigm shift towards user and application technology framework and testing the overall communication behavior of the devices would be the key focus in the testing space related to 5G. 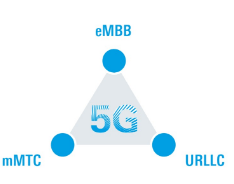 4. Performance testing to performance engineering:
There are many factors like usability, performance, security, hardware, software, configuration, etc. that contribute towards the performance of a mobile app. Now , the performance testing will not be about running the test scripts, rather it will be focused on prioritizing the factors and analyzing the highest value amongst them in order to deliver the high quality product.

5. Manual and Automation merger :
This practice has been followed in the previous times and it will be carried forward even in 2019 due to the combined benefits of both the types of testing. Although manual testing dominates the market specifically in the areas of usability and design, but it will still go hand in hand with the efficiency of mobile automation. We have already initiated that with our breakthrough feature Follow Me where we have tried to automate the use cases of manual app testing on multiple devices.

6. Shorter Delivery Cycle:
Up gradations in the technologies and the devices makes the software developers think a bit more about the development process i.e to shorten the delivery cycle. The choice of right mobile app testing tools and test management is going to play a major role in these decisions.

7. Cloud Apps:
Cloud apps have always been a part of the successful quality assurance decisions. Focus will be more on building the cloud apps that require minimum operational costs and high productivity. In 2019, it is estimated that the number of cloud based apps will increase from $30 Billion in 2014 to $66 Billion in 2019 and so would be the need for the cloud based testing for the cloud mobile apps.

The above stated trends would help testing team to acquire right skills and tools for investing time and effort to the right focus area. Smartphones being the future also allows the mobile apps to be a part of the process. Hence, making it noteworthy for the upcoming generations. To stay ahead of the challenging environment, one must be aware of the above trends in Mobile App Testing in 2019.