Mobile application testing does not stop when all the functional tests pass. Testing the application performance monitoring is a critical step before releasing it.

pCloudy helps you with performance profiling of your mobile apps. You can view the CPU usage, Memory usage, Data usage and Battery consumption while performing a series of actions on the app. The Real time app performance monitoring feature helps you to keep track of the app’s performance while conducting manual tests. You can even check the performance consistency of the app by running automation test suites in parallel on multiple devices and by also simulating different network environments. 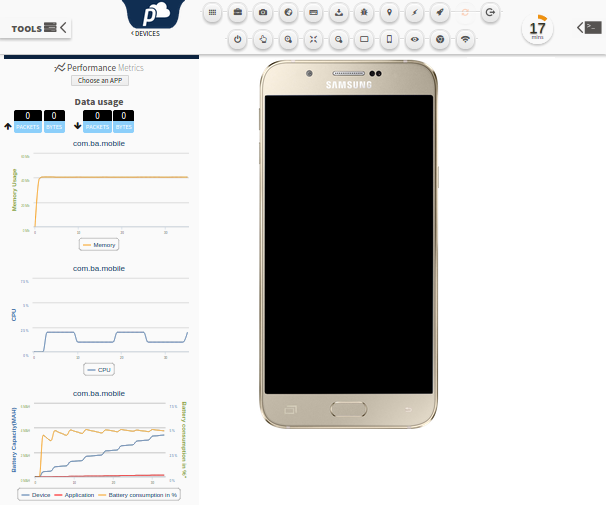 The CPU consumption of an App is plotted as Memory consumption in ‘Mb’ against Time Duration in seconds.