Why is it Important to Test Your Mobile Apps on Different Devices?

The Technology involved in mobile devices is changing rapidly. Mobile phones have literally personalized the choices in our lives, experts forecast that the future devices will enable us to get much done without moving an inch or a finger. The rapid growth of the app industry and the various apps that are being released on a daily basis are making our daily tasks much easier. While there are thousands of apps being developed and released everyday. The services or functions of apps are sometimes specific to certain platforms or devices. And each platform has its own set of parameters to run an app. Mobile phone or device manufacturers have been going through an overwhelming pace of change over the years and keep on innovating new ways of doing things! And to ensure the quality, it is vital to test these Mobile apps on different devices and platforms thoroughly.

Why do Apps fail?

There are several reasons why mobile apps fail. The first one that comes to our minds is the poor quality and lack of innovation. Apps these days are either not being built well and tested thoroughly to ensure quality and a seamless user experience. On the other hand, there are tons of apps to do the same task. There is sometimes a lack of creativity and innovation in bringing new ideas or apps into the ever-changing world. Other factors like Device Fragmentation, Screen-resolution compatibility, OS-fragmentation, etc, also account for a poor performance of Apps.

Since there is a constant influx of devices in the market, testing the apps on both the new & old devices becomes a primary concern objective to ensure the compatibility and performance of the apps across devices. And it is not just important to target only the (Original Equipment Manufacturer) OEM at the top, but the ones with little percentages to cover a maximum number of devices and user base. Again, this is dependent on the target audience you want to capture or approach. 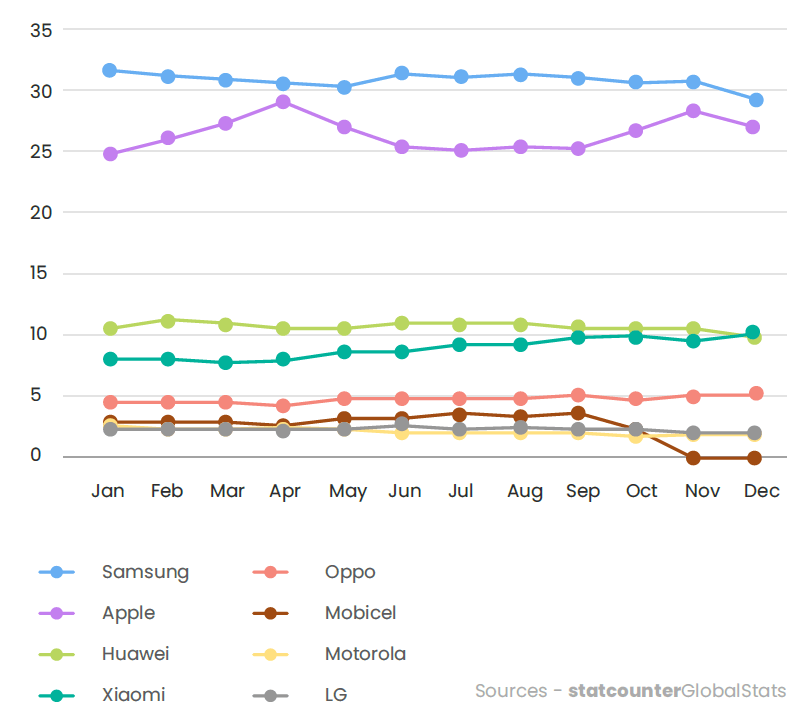 Device fragmentation gives us a broad understanding of what devices are present in the market and which ones to test. However, it does not specify the different versions of the Operating systems used in the devices. And since the different OS used in mobile devices perform differently, checking the performance of the apps based on the OS also plays a key role. Broadly speaking, Android, iOS and Windows OS are a few major players when speaking of Mobile Device OS. And within the broad categories of OSs available, we have different versions within Android, different versions within iOS and Windows on which the apps need to be tested. 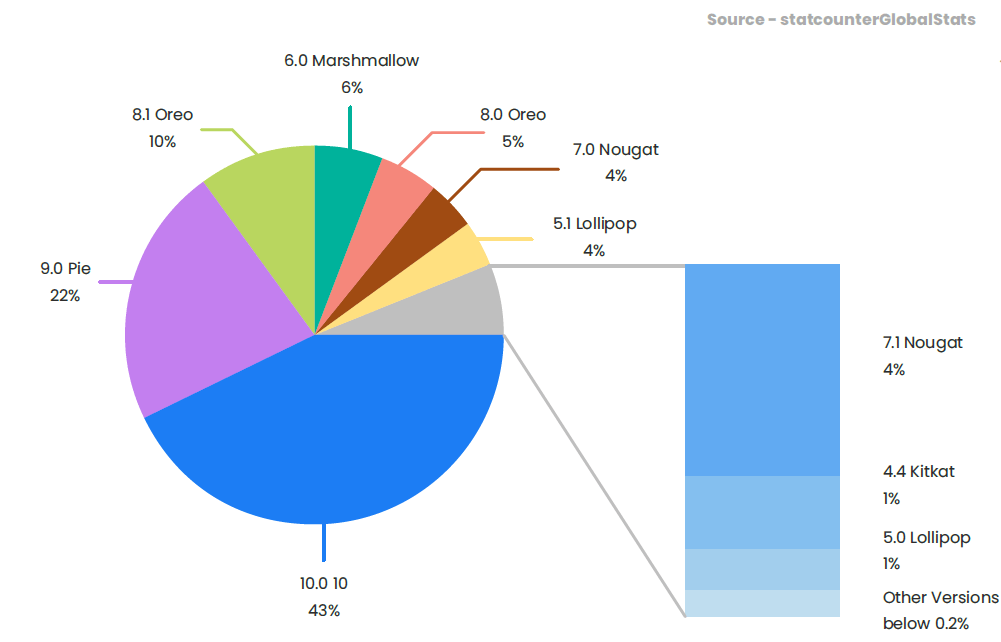 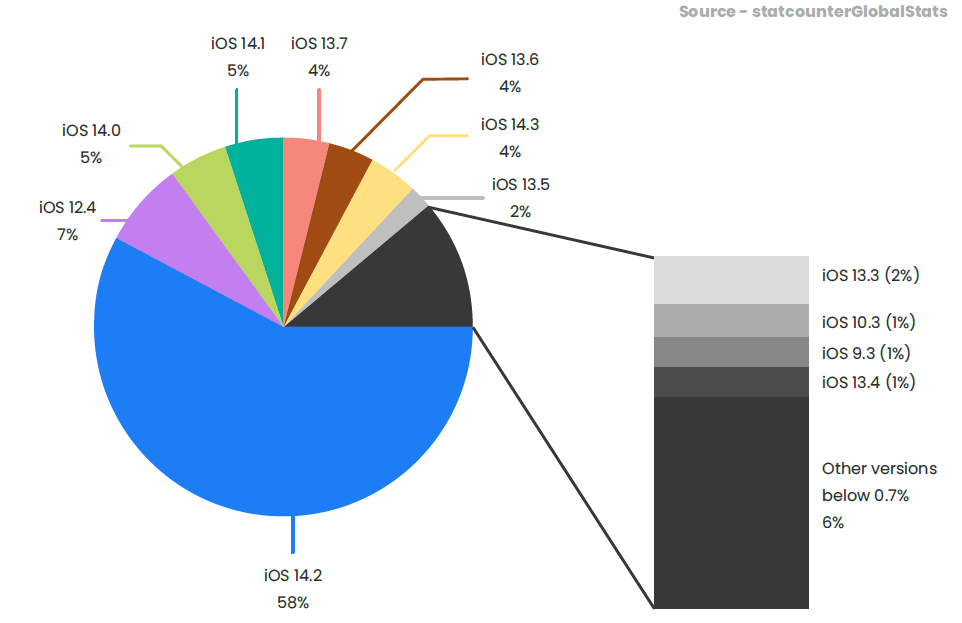 The above data clearly show that handling Device and OS fragmentation is one of the biggest challenges for App developers. Android has more fragmentation issues compared to iOS. Because the number of mobile vendors and manufacturers is comparatively higher. However, even iOS faces a certain amount of fragmentation issues. As there are different software versions and devices. And different devices run different iOS versions.

Apps render differently on different screen resolutions, sometimes this causes a poor user Interface making it difficult for users to interact with the app from different devices. While apps may be majorly installed and used on Mobile devices, we cannot ignore the number of users who utilize an app on tablets of different screen sizes and orientation. Ensuring that the app functions seamlessly on various screen resolutions and overcome orientation issues is key to the success of the app.

The app market is no longer restricted to only mobile devices, tablets and smartphones. The new wave of Multiexperience apps in the market are enabling them to be utilized through devices with different modalities, such as Smart Speakers for voice, Virtual Reality headsets, Smartphones, etc. If you are someone who wants to ensure the longevity of your app, you’ll need to be thinking about scaling it up on not just different mobile devices, but also on devices that use voice, gestures, etc. like smart speakers, touchless interfaces, etc.

What should one do? Should you be investing capital and buying and testing every device available in the market?”

Not necessarily. Designing a device matrix is the key to successfully test the required devices to meet your target audience and ensure quality across devices. You can choose one of the two approaches to arrive at your device matrix

Once you have the right device matrix. Choosing a Cloud infrastructure to test remotely is the best option to get quick access to your device matrix. You can then simply connect to the devices and accelerate your testing efforts through automation. As a tester, you must consider the ever increasing number of physical devices. The most important implementations should be automation, quality assurance, security and device compatibility. Also, ensure that the software scripts cover the core functionality of the application, so that it can run across all the platforms and produce fast results to speed the release cycles. Testing apps on real physical devices is to ensure quality in a real world environment. Other parameters like network conditions, battery consumptions, etc can shed light on the app performance. The app industry is constantly changing and getting better by the day, and in order to stay ahead of the game and release quality apps, one must test apps thoroughly on real devices, and platforms as much as possible.